Heather and Darren met through Eharmony. “I had endured several painful first dates, and was beginning to lose faith in the site, when Darren’s profile was delivered to my inbox as a ‘match,” says the bride. On their first date, they realized they had found something special. The couple were engaged a year later, married the following winter at Metropolitan United Church in Toronto. A reception followed at One King West.

“As soon as we were engaged I knew I wanted to have a winter wedding in the city. I love the festive season, and wanted a traditional and elegant wedding that showcased classic festive colours of red, white, and silver,” says Heather. They added their own festive and personal touches to the space, and we were even lucky enough to get fresh snow for a true winter wedding. 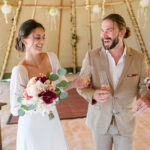 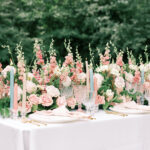 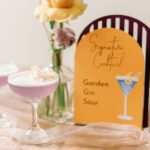