Andrea Maggiacomo had a gorgeous bridal shower. The event was so amazing that some guests stayed until 1:00 am! Here is what she had to say about her special day.

Did you have any input in planning the shower?
I had an event planner, Rita of Simply Sienna. She is amazing. I saw an event she did on her instgram page that was lemon/Amalfi (Italy) themed and loved it, so when we spoke about the shower, I told her I wanted something similar and basically let her run with the idea. She elevated some aspects of what she had done for previous similar themed showers. Angie, who did the centrepieces (Fleursima by Angie) did an incredible job. Rita would contact me to make sure I was happy with the smaller details as things progressed and most of everything was her idea and she also spoke with my mom to get her thoughts. I basically just let them run with everything because I did not want to have a big part in the planning.

Describe any unique aspects of the event.
We had an accordion player during the antipasto portion playing music to fit the Amalfi theme of the shower. The food was not served, but at stations that ran for a while to allow people to eat as much or as little as they wanted and to eat what they wanted as we had many different options, including a barbecue station, pasta and risotto station, chicken station, salmon and rice and veggie station, and more. Also, for dessert, in fitting with the theme we had a gelato and brioche station, in addition to the cake, cupcakes, cake pops, macrons and rice crispy pops. I loved that at the location (Universal Event Space) we had access to a patio, so it felt like just a summer night out with the girls rather than a regimented event. Even though we had seating, it was a beautiful night and some people took their food and ate at the tables outside, some people had drinks and sat in the outdoor lounge area.

What was your favourite part?
I did not want a traditional shower and having everyone there enjoying themselves with cocktails, eating great food and just feeling like it was a Friday night out with your favourite girls friends was what I enjoyed. A big group of people were there until close to 1:00 a.m. and it made me very happy to know that they enjoyed themselves and didn’t want to leave.

Were your wedding colours incorporated? Why yellow?
My cultural background is Italian and incorporating that with the bright and summery feel was the intention. My wedding was very clean looking, all white everything except the bridesmaids dresses were navy blue and the groomsmen had black suits with navy blue ties and handkerchiefs and my husband wore a navy blue silk jacket with black lapels. Other than that, there was no colour. 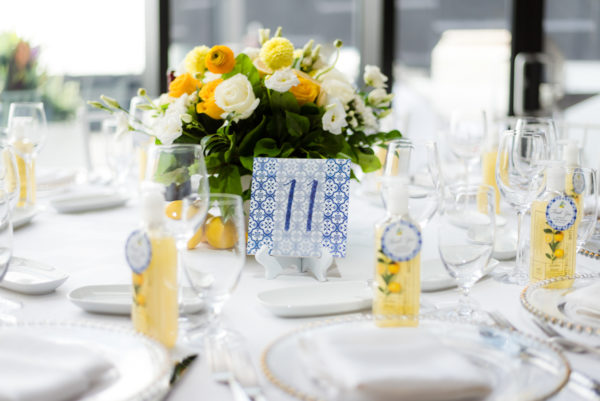 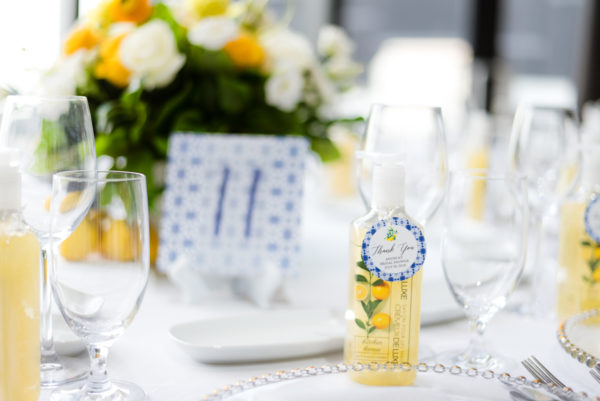 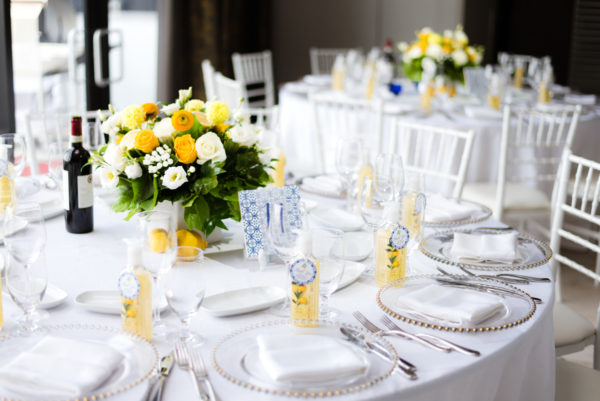 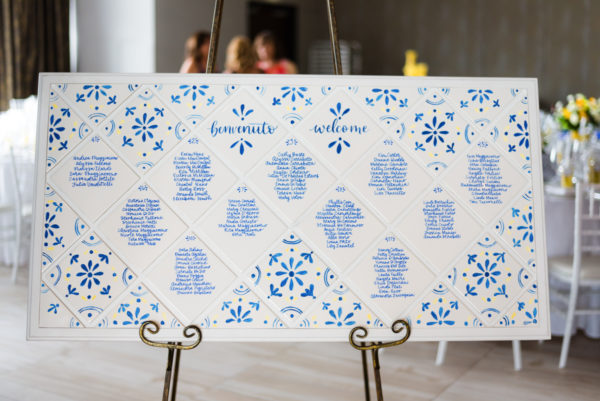 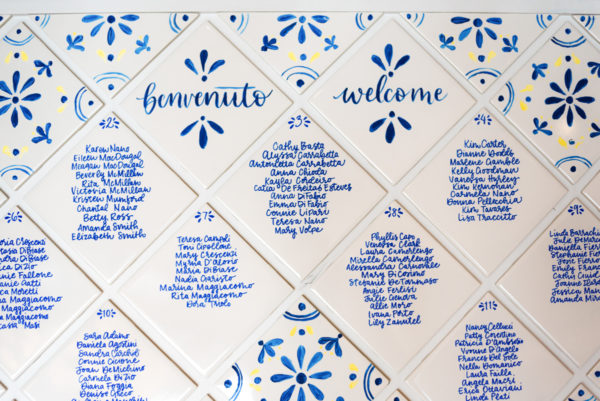 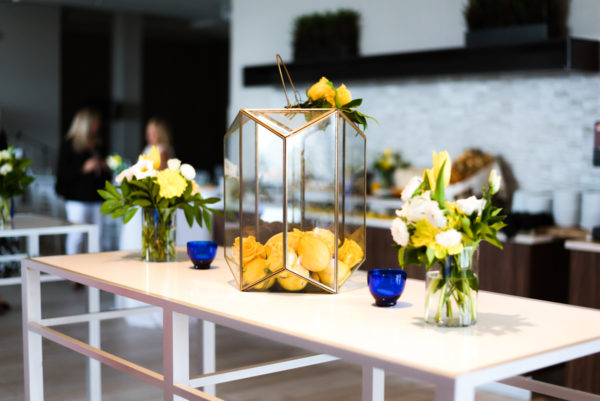 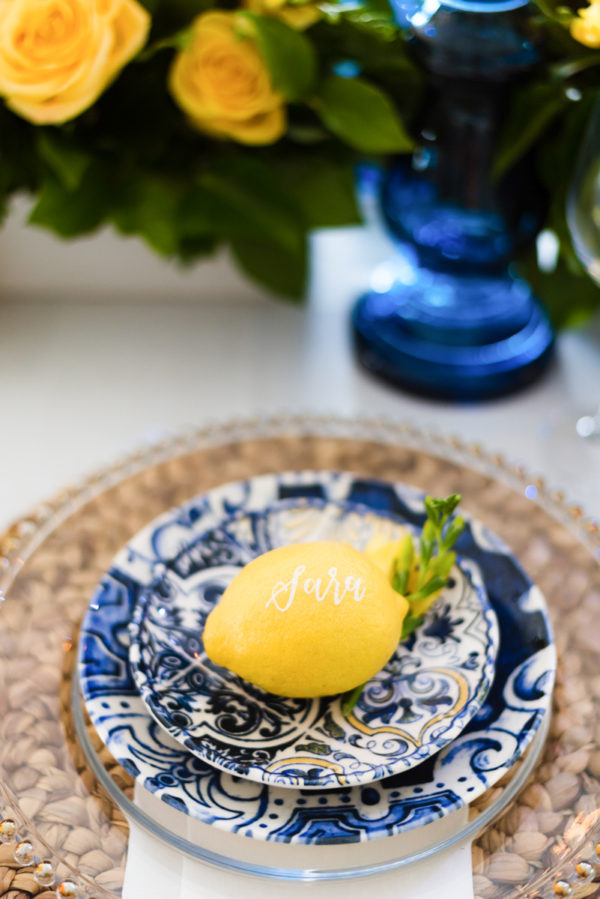 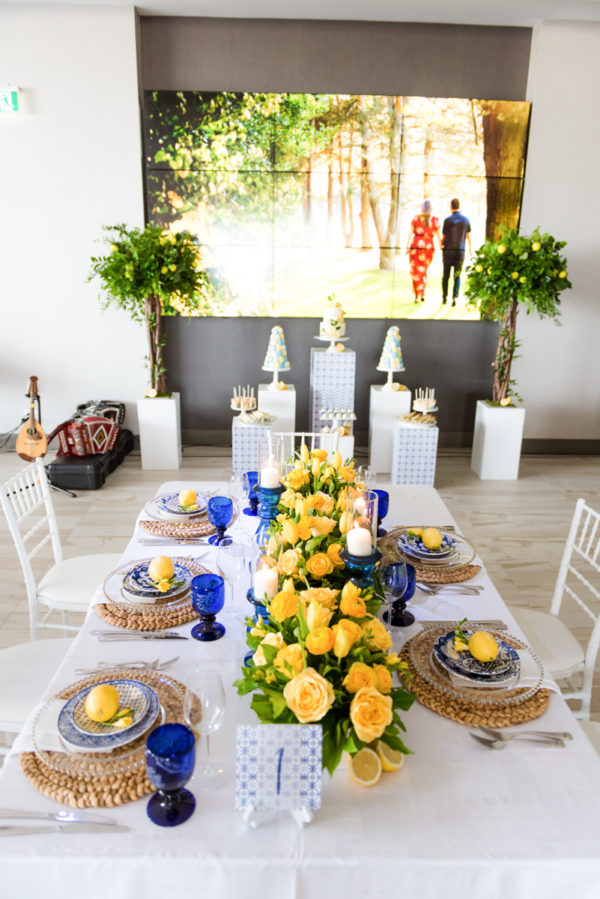 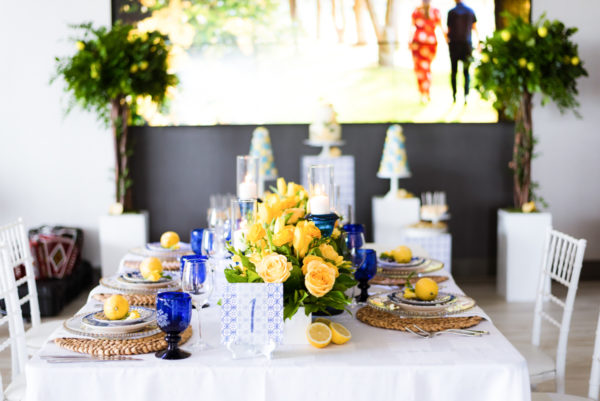 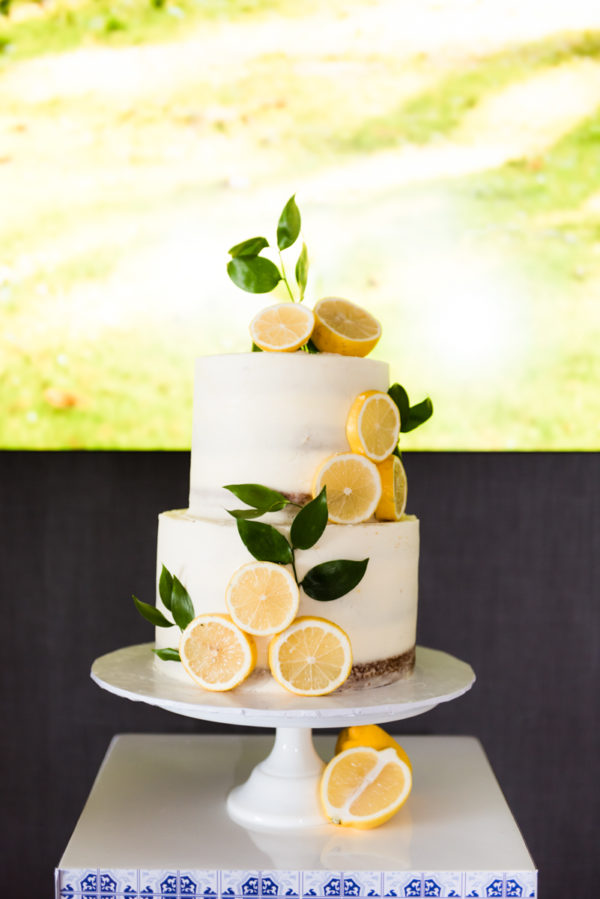 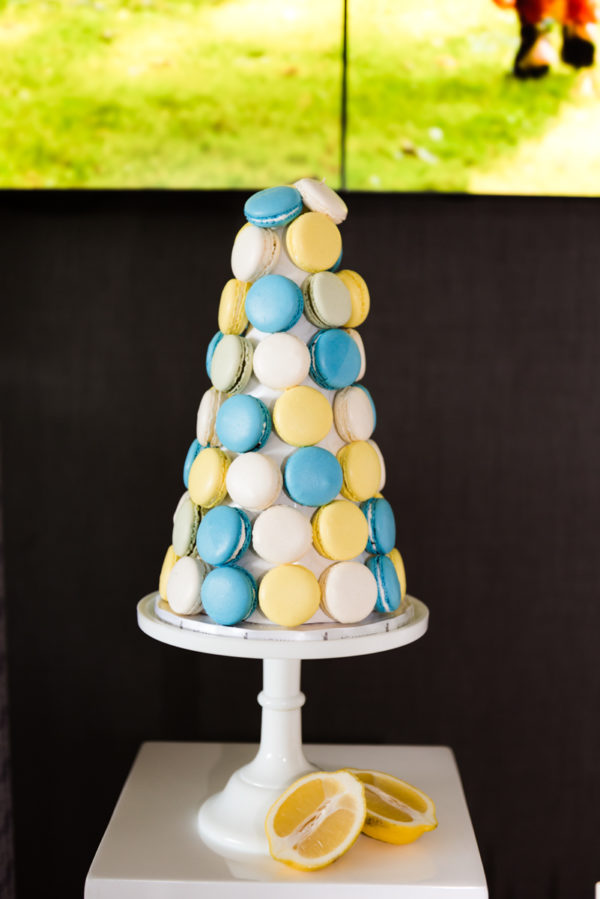 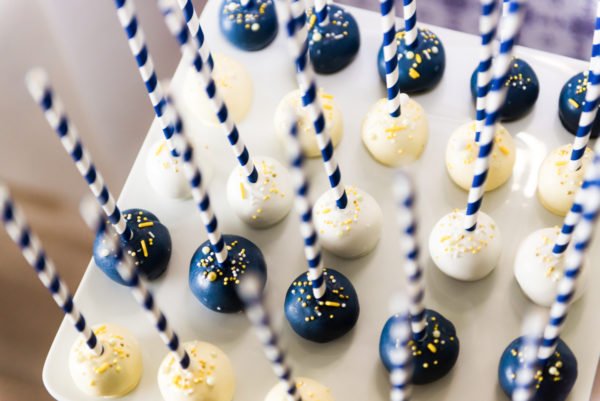 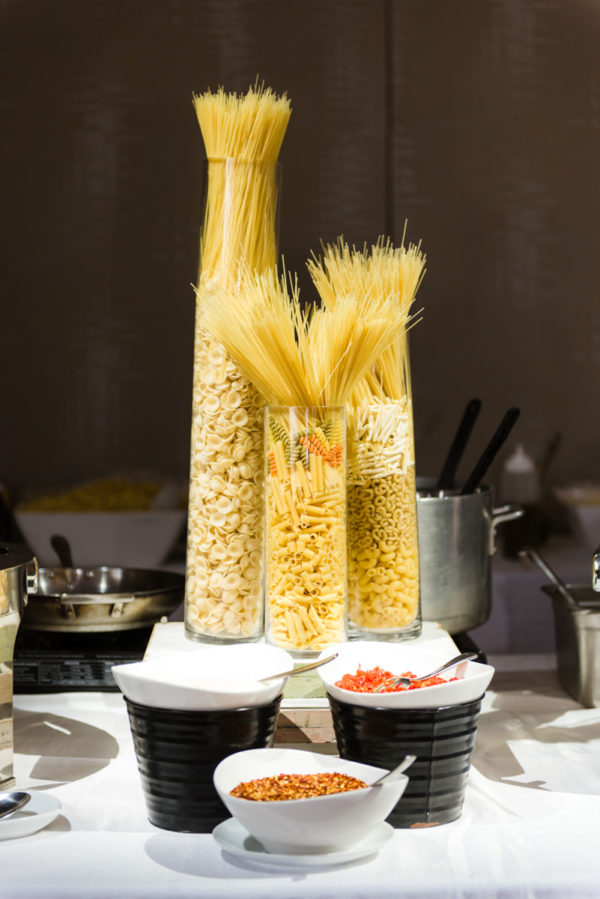 Happy wedding Wednesday! Get your heart eyes on.