The Hawaiian Islands are justifiably known as one of the most romantic places on earth; a land with deep green, jungle-clad mountains, golden beaches and sunsets in shades of pink and orange that don’t need any help from Photoshop. But which one is right for you? Read on for some tips from a travel writer and Hawaii lover who’s been more than two dozen times.

Sunsets are romantic just about anywhere in the world, but they’re especially dramatic on the west side of Maui. Most major resorts on Maui do nightly torch-lighting ceremonies at sunset, usually with fit, bare-chested young Hawaiian men doing the honours. One of the best ceremonies is at the Sheraton Maui on beautiful Kaanapali Beach, where the torch lighter clambers out onto a gnarly set of black rocks, sounds a conch shell and then does a perfect dive into the Pacific Ocean. The hotel also can set you up with a candlelit dinner in any number of romantic spots on the property, which sits on a hill overlooking the ocean. There’s also a torch-lighting every evening at the Napili Kai Beach Resort, a low-key spot just up the road that’s run by folks from British Columbia. There’s no charge to watch, but we recommend setting in with a refreshing Mai Tai at the hotel’s Sea House beach bar to round out the experience.

PRO: Maui has a wide variety of activities,  hotels and stunning beaches.
CON: Can get congested in popular areas.

One of the state’s most expansive and romantic resorts is the Four Seasons Resort Hualalai on the west or Kona coast of Hawaii Big Island, which is the size of all the other Hawaiian Islands put together. You can have your dinner right on the sand and watch the sun go down and the stars come out while they mix fresh poke right at your table. Or try the spa for a relaxing and romance-inducing couples massage with rhythmic, ancient Hawaiian Lomi Lomi techniques. The west side or Kona side of the island has the sun, but the east side of Hawaii Big Island is home to a series of stunning waterfalls, including   Akaka Falls and Rainbow Falls, which is only a couple minutes’ drive from downtown Hilo, the main city on the island.

Fish splashing in deep ponds of cool water, with flickering tiki torches all around and a warm tropical breeze wafting past. A poolside dinner at Tidepools restaurant at the posh Hyatt Grand Kauai Resort and Spa is a great way to get the evening off to a good start. A strong tropical drink won’t hurt your mood, either. You can make a full day of it, or just take an hour or two, but a hike along the Na Pali cliffs on north Kauai takes you high up over a rugged coast with white sand beaches, deep green jungles and brilliant blue waves crashing against the iron-rich, red stone cliffs. It’s probably the best hike in the state. Sounds like too much work? Try a boat tour of the Na Pali cliffs area from the town of Waimea on the island’s west side. You can snorkel or watch for dolphins or whales, too.

PRO: Kauai is probably the most beautiful of all the islands, with a definite South Pacific/Tahiti feel.
CON: Not many direct flights from Canada. 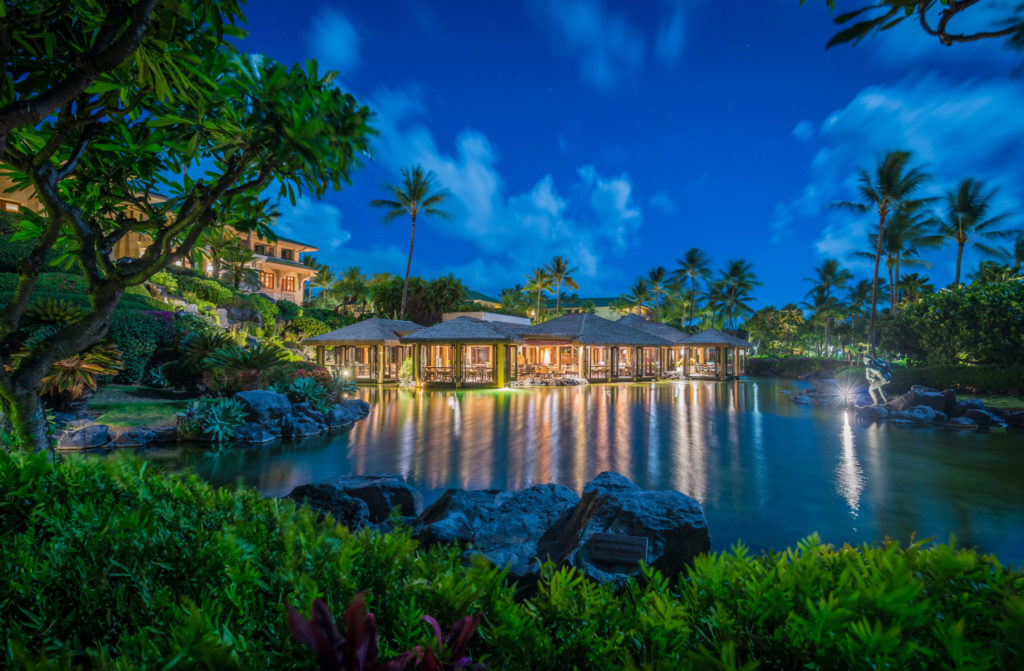 The Four Seasons Resort Lanai at Manele Bay was redone a few years ago and now resembles a perfect South Seas retreat, with deep, dark swimming pools surrounded by flaming red ginger plants and deep yellow and pink bougainvillea. It’s truly stunning. The hotel can lead you on a morning hike to watch the sunrise near towering Puu Pehe Rock, a towering rock formation in the ocean known in English as Sweetheart Rock. The story goes that an ancient Hawaiian warrior was so jealous that someone would woo his beautiful lover that he hid her away inside a cave inside the rock. The tides came in high one day and she drowned. The warrior buried her on top of the rock and then leapt 25 meters to his death. Sad. But definitely romantic. The hotel has a Nobu restaurant and offers relaxing sunset cruises on a smooth-riding catamaran. The new Four Seasons Hotel Lanai at Koele is being billed as a “Sensei Experience,” with a focus on wellness packages and quiet retreats. It opened Nov. 1 in the hills near tiny Lanai City. If the Four Seasons is a little rich for your blood, try the remodeled Hotel Lanai in Lanai City. Chef Joel Harrington is a whiz in the kitchen, and some of the rooms have front porches where you can watch the world go by.

PRO: Amazing, high-end resorts.
CON: All that luxury can do some serious damage to your wallet. 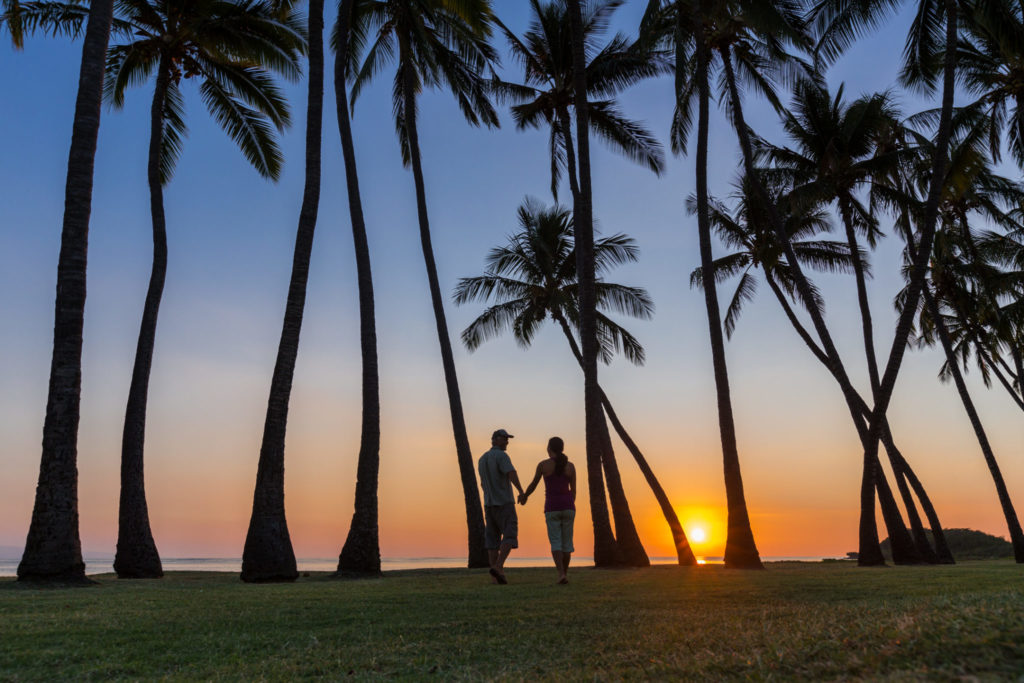 You don’t want to go to Hawaii without seeing natives perform the hula; a Polynesian dance that drove old-time sailors crazy with lust and might be one of the most sensuous dances on the planet. You can buy tickets to a full luau and have a nice meal and great dancing, but the shows they put on at Waikiki Beach are just as good, and they’re free. The shows take place at Waikiki’s Kuhio Beach Park on Tuesday, Thursday and Saturday nights at sunset, weather permitting. You’ll get a nice view of the sun going down while you enjoy the performances. An early morning hike (it’s not long or hard, but a flashlight is recommended) to watch the sun come up over the Pacific from the crest of the extinct Diamond Head volcano crater is a dreamy way to start your day. 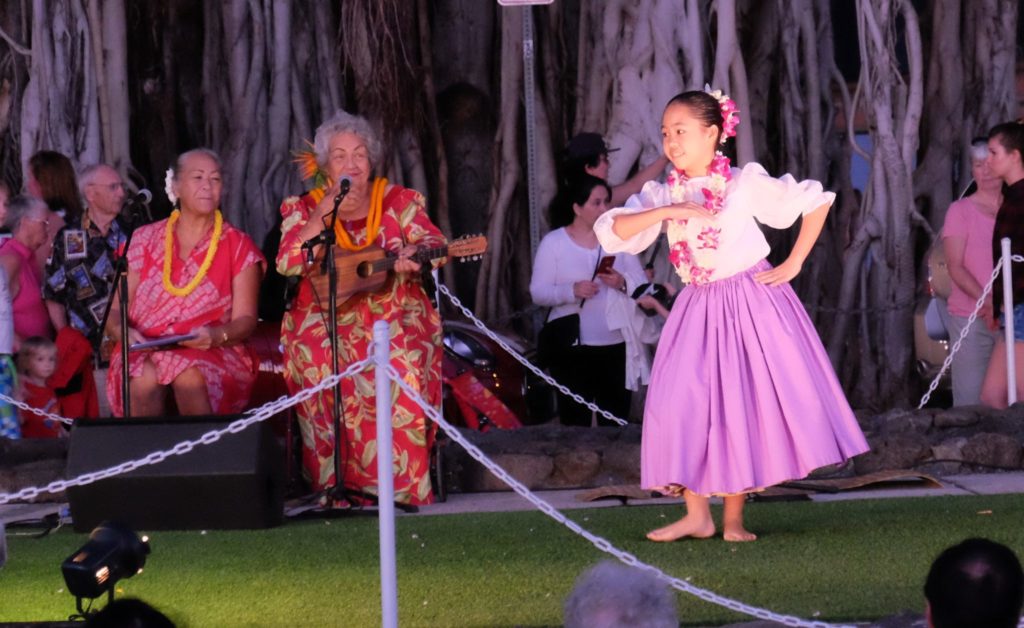 If your idea of romance is getting away from it all, this is your island. You won’t find any resorts, but there are nice condos for rent and a casual but nice hotel called Hotel Molokai, which has with lovely grounds covered with tropical plants and towering palm trees, as well as perfect hammocks under the shade of massive trees. Your dinner at an oceanside table under the flickering light of a tiki torch while local musicians play soft, Hawaiian tunes. The remote Halawa Valley on east Molokai is reached by a lovely drive that winds past small, deserted beaches and tiny, weathered, wooden churches. On the west side, Papohaku Beach is a five-kilometre stretch of gold/white sand that’s often deserted. I was there on a fine morning in July of this year, and I could spot only three or four people on the entire stretch.

PRO: Tranquility and old-school charm.
CON: Not many restaurant options at dinner time.

Happy Monday! Um, how cute is this cake?! Photog