The best time to go - Today's Bride
Subscribe to our weekly newsletters to get the latest fashion trends, chance to win honeymoon getaways, and more...
Subscribe Now!
Hide Search

If you plan to honeymoon right after the wedding, the time is already established. So go to work to discover the best places at that time of year.

If you are delaying your honeymoon, pick the place first and then check to see when it is at its very best.

African winter is best because the vegetation won’t obscure your view of wildlife when animals are on the move as they hunt for sparser water and food.

Cost: It is more expensive May to July and less expensive mid-October to mid-November.

Cost: The shoulder seasons
(autumn and spring) have deep
discounts.

The high season is December to March. Instead, plan a trip to Patagonia and the southern Andes in the low season (between April and August) when days are longer and warmer. Many go to Argentina to climb South America’s highest peak, traverse the Patagonian Steppe, walk among thousands of penguins and view stunning waterfalls.

Cost: Considered inexpensive compared to other areas in the world. Highest prices are in September to March and less expensive from April to August.

October is still warm enough to hit the beach in Australia’s southern states. The humidity and rains haven’t arrived in Cairns. Avoid the entire country from December 26 to the end of January when Aussies take their summer vacations.

Cost: Highest prices are from April to September; less expensive from October to March.

Temperatures are at their coolest in July and August and it’s the driest time of year. Travel off season and visit Bali in June or late September. The weather is still cool and dry but there are fewer crowds. Bali is a great introduction to Asia, with its volcanoes, multihued hillsides, black-and-white sand beaches and 20,000-plus temples.

Avoid major holidays which include the Chinese New Year (late January to mid-February), Labour Day (early May), and National Day (early October) when citizens take to the road in the hundreds of millions. They flood transportation, fi ll hotels and turn out-of-the-way tourist sites into a throbbing mass of humanity.

Southern France swelters in the summer months except on the priciest Mediterranean coast, so you might want to stay north of Toulouse. Airfares are cheaper from November to February and more promotions are available in this off-season.

Cost: The costly months are July and December. The most frugal times are spring and fall when the weather is temperate and tourist attractions are still open. 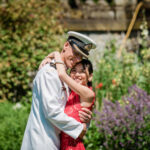