Portland, Maine, is a humming little city that is seemingly built for food-loving honeymooners. With its heady mix of artistic and outdoor adventures, Portland manages to be stylish and sophisticated, yet genuine and unpretentious. You’ll find award-winning restaurants dotted through the pretty seaside port, but without an air of fussiness.

Steeped in history, the Portland peninsula was established by the British in 1632 as a trading and fishing settlement. A great fire in 1866 levelled the city (for the fourth time: those east coast folk have heart) and the Portland that visitors see today was almost completely rebuilt during the Victorian era. As such, the city is defined by charming 19th century architecture that makes every street picture-book pretty. It’s the perfect blend of art, food, and romantic seaside scenery, in an area that is easy to explore on foot.

Fly into Boston and rent a car for a beautiful (and quick two hour drive) north to Portland, Maine. Stop in Marblehead for a taste of a classic American yachting town, or take in some spooky history in Salem. Alternatively, hop on the The Amtrack Downeaster train that operates five daily round trips between Portland and Boston’s North Station. And if you prefer to venture by sea, the Nova Star Cruise transports visitors from Nova Scotia.

Given its seaside exposure, Portland’s air is crisp, so pack accordingly. And bring your appetite. Rumoured to have one of the highest restaurants per capita in North America, but without an ounce of pretence, the dining scene is impressive. Brunch is serious business here, so fuel up at one of the city’s beloved destinations such as Hot Suppa, Bintliff’s or Bido’s Madd Apple Cafe.

Once brunched plan to spend some time strolling around town. Grab a coffee from Tandem Coffee Roaster and head to Portland’s charming shops. Stock up on heritage, all natural his-and-her skincare from the Portland General Store. Portland Dry Goods stocks a fantastic selection of brands for both men and women, in a gorgeous building across from the docks.

Up on the eastern part of the city’s peninsula stands the Portland Observatory, the only existing maritime signal station in the U.S.. This beacon of maritime architecture offers gorgeous, unobstructed views of the harbour.  Rent a bike from Gorham Bike & Ski  and peddle a few miles down to Fort Williams Park for panoramic views of Casco Bay and a tour of Portland Head Light — one of the most photographed lighthouses in the world. Try your hand at hauling in a crustacean on Lucky Catch Cruises for a first-hand account of how your dinner gets from the sea to your table.

All that exploring is bound to work up an appetite, so find some snacks that appeal to your Canadian roots. Portland just might serve up better poutine (like the one at Duck Fat) and donuts (like those at Holy Donut) than can be found on home soil.

The Pomegranate Inn, a plush converted historical mansion that’s the perfect distance away from downtown Portland, is a great place to stay in a picturesque stretch of residential Victorians. This charming abode offers a handful of rooms, all decorated by local artists. As romantic as it is luxurious (be sure to book a room with a fireplace) it also happens to serve up a complimentary delicious breakfast that leaves absolutely no reason to venture out. In fact, if the temptation to sleep in wins, they can arrange to bring a breakfast basket to your room with hot coffee, fresh juice, fresh delicious pastries with artisan jam – perfect for honeymooners.

This shoot is a little country. A little boho. A l

Wow! Congrats to @issarae! Looking so gorgeous in 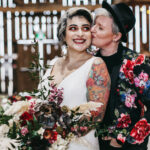 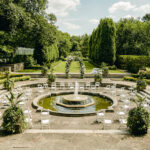 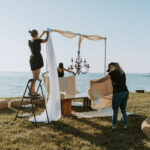 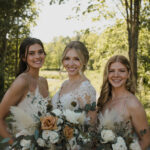 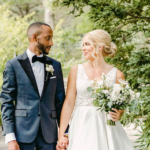