The nude dress was introduced at the major fashion shows in New York and Paris last fall and touted as the big look for 2016. Only a handful of designers are including them in their lines, such as Ines Di Santo (shown above), Israeli designer Inbal Dror, Zuhaire Murad (at Kleinfeld’s), Pronovias and Alessandra Rinaudo for Nicole Spose.

These are see-through dresses that leave little to the imagination – and will not be the choice for a traditional church wedding.

Nor are they for the faint-of-heart, but the bride who loves to shock or surprise will be in her element.

We need to remember, however, that the purpose of the major fashion shows in the fashion capitals is to push the envelope. What they introduce on their runways is not o en seen on the store racks – at least not without major refinements and alterations.

The styles play with traditional bridal designs but then push it to the next level by exposing varying parts of the body.

A gown may have a very short sequined skirt that barely covers the thighs, with a floor-length overskirt in sheer that teases the viewer. Another version may have a strapless top, also in sheer, with beading used to strategically cover what must be covered.

Still another may have a deep vee that slashes to the waist or below on both front and back.

Not all designs depend on the see-through use of sheer fabric. One designer had a long skirt, in silk, with two thigh-high slits that displayed the legs only when walking or sitting.

A model in New York strutted her stuff in a sleeveless, mermaid-tail dress that was completely transparent and revealed her black underwear. The black underwear pushed the nude dress one step further.

Nude dresses may not always be as bold as they seem at first glance because it is not always the bare skin that we are seeing! Some brides may elect to wear them with nude coloured lingerie that gives the illusion of being bare.

Many of today’s brides, however, will still choose to make their statement with a mile-long train, elaborate skirt, and tiara or flowers in their hair. It’s the ballgown they have dreamed of since they were little girls.

A bride who would not consider a nude gown if she were being married at home in a traditional wedding may have second thoughts if she is being married at a sunny resort. She will, feel comfortable on the beach in her bikini, so it’s hardly a stretch to feel just as comfortable in a nude gown. Somehow, it doesn’t seem so outrageous on a beach on a sunny day!

The effect can be very pretty because the sheer skirt, with even the slightest breeze, will have lovely movement. 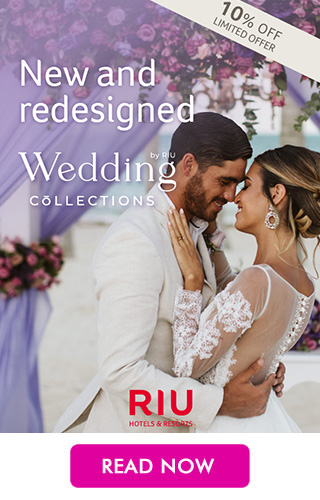 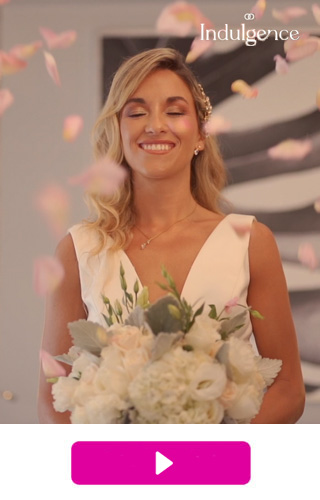